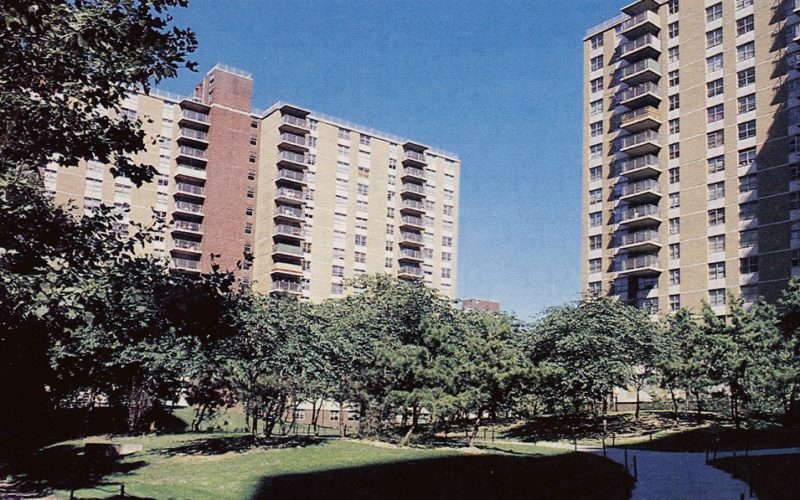 The owners of East New York’s, Starrett City Complex (Spring Creek Towers), have received the ok from a State Supreme Court judge, Saliann Scarpulla,  last week, to be sold.  There had been an injunction to stop the sale.

While many people feel this is a dispute that involves the community, this current dispute is actually a family matter. The children of the original owner of Starrett City, Disque Dean, were trying to stop the sale.   The children are battling their father’s widow, Carol Deane, who is the managing partner of Starrett City Associates.  Carol Dean has a deal to sell the nearly 6,000 unit complex to a joint venture that includes Rockpoint Group and Brooksville Company.

As far as the community is concerned, affordable rent has been a hot button issue, not just for East New York, but for the entire New York City. The sale of a complex this large has to include some sort of affordable rent guarantees, as it still needs state and federal approval.

East New York District Leader, Nikki Lucas, who is also a resident of Starrett City, stated “I am in constant contact with Congressman Hakeem Jeffries about this issue. Our concerns are with the residents. We want to make sure the sale does not have a negative impact in terms of affordable rent and quality of life issues for the residents. We will be watching the deal closely and will be in communication with the buyer, seller and residents.”

Below is the family entanglement, as outlined by the NY Times in an article from October 31, 2017.

On one side is Carol G. Deane, managing partner of Starrett City Associates and the widow of Disque D. Deane, who put together the partnership that financed the complex and has owned it for more than four decades.

Opposing her is a group composed of one of Mr. Deane’s embattled former partners and four of Mr. Deane’s adult children — Marjorie, Walter, Kathryn and Disque Jr. — who collectively own only 4.4 percent of the Starrett City partnership. They are backed by a rival real estate partnership — LIHC Investment Group and Belveron Partners — that wants to grab the complex for itself, and is willing to pay a slightly higher price.

Ms. Deane, Mr. Deane’s third wife, noted in an affidavit that this was not the first time she has tangled with Mr. Deane’s children.

Mr. Deane died at 89 in 2010, leaving his estate to Carol and their two children. Marjorie and Walter Deane, whose mother, Marjorie Schlesinger, had been Mr. Deane’s second wife until, after more than 30 years of marriage, he divorced her to marry Carol, contested the will. They argued that their father had always vowed to treat all of his children equally, but that after their father’s health declined, Carol asserted control over his finances and cut them off.

To make matters even more emotionally fraught, Carol had been a friend and college classmate of Mr. Deane’s daughter Marjorie, who felt betrayed by their affair.

The sale, which can happen within the next 3 months, still needs state and federal approval. At this point it is still unclear how the sale would impact the residents or the East New York community.