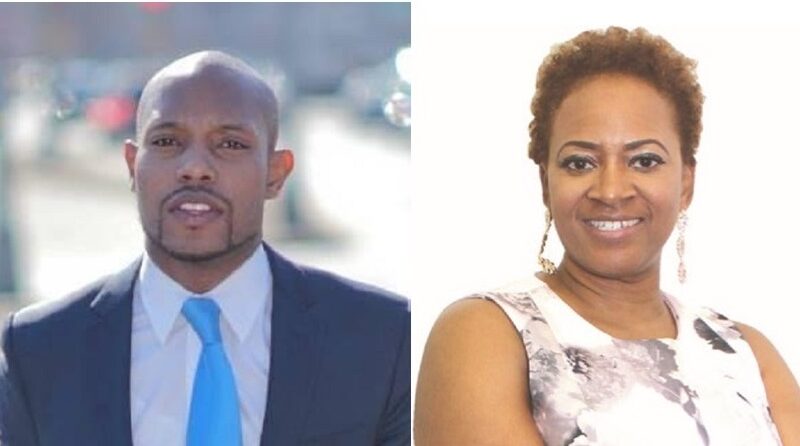 by Chris Stephens for NYC Politics

Charles and Inez Barron have been enjoying their stronghold in East New York politics for the past 20 years, but Chris Banks and 2021 City Council Candidate Nikki Lucas ran a winning slate against them in the County Committee vote last week.  This win is significant because it stops Charles Barron, who is the Assemblyman in East New York’s 60th District, from nominating a handpicked replacement if he decides to vacate his Assembly seat. This is insider politics information that most voters are not aware of, and it is how long time politicians like the Barrons typically hold onto power.  Banks and Lucas won the vote by a margin of 50% to Charles and Inez Barron’s 30%.

“It’s time for change in East New York politics and this is the beginning”, stated Lucas. “This might just be a County Committee vote, but defeating the machine is a clear sign of what’s to come. Although the Barrons would like people to believe they are not a part of the machine, the fact is they are very much a part of the machine, and have been for many years. People are finally understanding that.”

Lucas added, “I want people to know that I am running in 2021 for the City Council seat and Charles is in that race.  He is trying to switch from his current Assembly seat back to the City Council, the seat that he held for 12 years back in 2001 before he switched with his wife, Inez.  People really need to understand what he is trying to do. It’s not good for the district and it’s not good for the residents of East New York. They have been putting their name on the ballot for so many years that people never know what they are running for. It’s a game that they have been playing with the community for over 20 years.”

Banks stated, “this victory for the residents of the 60th Assembly District was so important historically because we were able to defeat the machine. We were able to galvanize ordinary residents who wanted to get involved in shaping the future of our community. We were successful in winning a large majority of the County Committee.  It is clearly evident that Barron fatigue does exist as people were united and they spoke loudly with this vote.”

Inez Barron, the current East New York City Council Member, is term limited out, but in the Barrons’ effort to continue to hold onto both the Assembly and City Council seats they are attempting to switch seats as they did in 2013.  The switching of seats back and forth between the husband and wife duo is complicated and extremely controversial, particularly because the couple had been critical against other families who have tried to control multiple political seats in local districts.

There is a detailed OpEd on EastNewYork.com that explains the dangers of their seat switching game.

While Lucas is gaining support in her 2021 City Council run, Banks is said to be eyeing the Assembly seat currently held by Charles. It looks like the Barrons are not prepared or willing to allow anyone from their camp to run for either seat, which will most likely be the downfall of their stronghold on the community.

When asked about his potential run for NY State Assembly in 2022 Banks answered, “my commitment has been, and still is, to bring new energetic leadership to represent our community. I’m committed to that and look forward to speaking and listening to residents of the 60th Assembly District to make a case as to why we need to close the existing chapter of status quo politics and move forward. It’s time for change and the residents of East New York are interested in moving the community forward. The Barrons have kept the community stuck in the past since 2001. Crime is still high, police brutality has not gone down, our neighborhood is behind in the arts, and technology, hotel shelters have popped up in every part of the district and the final straw is the fact that they watched and kept quiet as private developers plotted for the past 15 years to take over the city’s only low income and affordable housing real estate portfolio (NYCHA), which has started in East New York.”

Subscribe to NYC Politics to stay updated on New York City politics that matter to you.