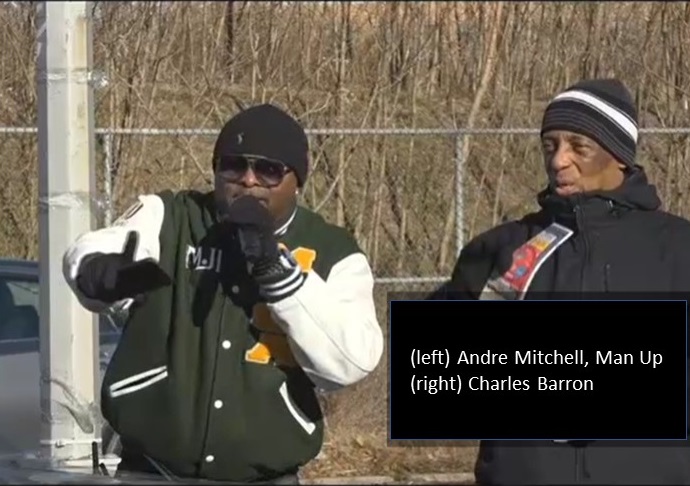 Through a Community Benefits Agreement (CBA) created over 6 years ago, the Related Companies, owners of the Gateway Mall in Brooklyn, gave $3 million to a non-profit organization in East New York to conduct job training and to bring sustainable opportunities to the community. The non-profit that received the funds was East New York Restoration LDC, which in turn gave Man Up Inc over $1.2 million.

East New York Restoration received a check in the amount of $500,000 each year for 6 years, with the last payment received in 2018.  It is not a coincidence that now that the $3 million CBA funds have run out, it seems the recipients of the funding are now trying to squeeze more funds out of the mall owners. Many believe the funds ran out because of financial mismanagement. Man Up Inc was recently in the news for mismanagement of funds they received through city grants, so it is not hard to believe that the CBA funds were mismanaged as well.

The organizations led by Mitchell and Perkins were in position to create opportunities to sustain their financial existence with the $3 million assistance from the Related Companies, but it seems financial mismanagement will possibly be the demise of both organizations.  It is important for organizations to learn how to manage funds and to make those funds work for long term business sustainability. Protesting, after receiving $3 million, only continues to perpetuate the concept of our black communities begging for placement and position when you had a real opportunity to become sustainable.

The problem here is that Andre Mitchell and Melinda Perkins, in the name of Community Board 5, are asking people to protest the mall but they are not telling the residents that they were the benefactors of this $3 million from the same mall they are asking people to boycott. However, it is ironic that the protest against the mall focuses on the mall not being inclusive of the community, although, the two organizations that benefited from the $3 million were not inclusive of the community at large.

Why wasn’t the issue of inclusion a concern while the $3 million was going to Man Up and East New York Restoration?  The only organizations and people who benefited from the $3 million CBA were from East New York Restoration and Man Up, which personally includes Mitchell (Chair Community Board 5) and Perkins (District Manager of Community Board 5).

Enough is enough.  East New Yorkers protect your eyes and your intelligence to see beyond the smoke and mirrors.  These community leaders are seeking  to continue to solely help members of East New York Restoration and Man Up, which are the only two organizations that receive significant bulk funding from Inez and Charles Barron, and it’s no coincidence that the people working for these organizations are personal friends of the Barrons. I applaud boycotting as long as the intentions are honest when seeking the support of the community. If the intention continues to be a ploy to help a handful of Barron loyalists to benefit personally, then the community must be aware of that reality. Read this article ‘Inez and Charles Barron was Shortchanging East New York Community”.

Black Power is not begging for more when you already received $3 million, instead Black Power should be understanding and teaching people in the community about business ownership, entrepreneurship, home ownership and financial management. These obvious flaws in the current East New York leadership makes our community look weak, not powerful. Continuing to follow this type of leadership weakens our position as a powerful people. It is obvious now that saying the words “Black Power” does not actually create Black Power when we are still begging for placement. People perpetuating the idea of begging should never be able to use the words Black Power.

Stay woke people. Don’t let the politricks fool you and have you marching and boycotting for the personal financial gain of a few.

Subscribe to EastNewYork.com for follow up to this OpEd and to stay updated on development, housing, politics, events and other issues that are important to East New York residents.