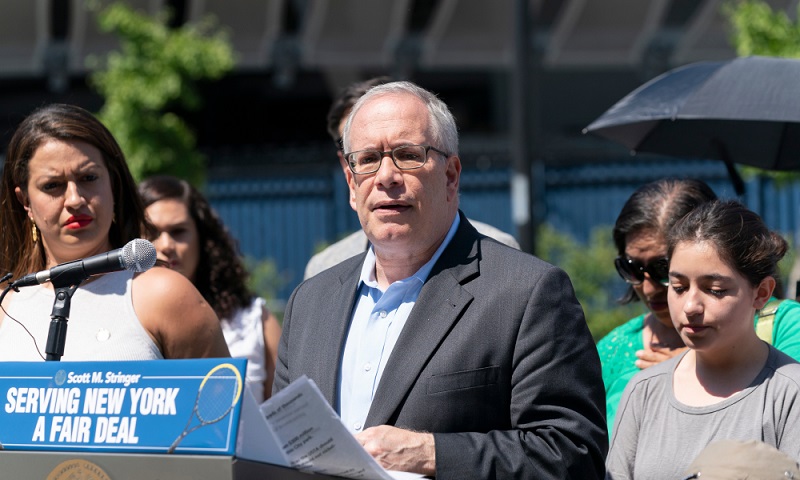 On Tuesday, September 8, 2020, NYC comptroller Scott Stinger announced his intent to run for mayor to succeed Mayor Bill de Blasio in 2022. The Democratic candidate has served as comptroller since 2014.

Stinger has a long history in New York City politics; he was Manhattan’s borough president between 2006 and 2013 and represented Manhattan’s Upper West Side in the New York Assembly in the 1990s. As a result, he brings almost three decades of political experience to this campaign run.

Nevertheless, Stinger is facing a large group of contenders, one of those being current Brooklyn borough president and former law enforcement member, Eric Adams. Both have raised $2,788,831 and $2,593,345 respectively for their campaign runs to date. His opponent, Adams, has recently been in the news for urging the Department of Investigation to look into New York City’s increase in crime and the slowdown in the police response.

Budget Deficits and Police Reform are His Current Focus

Alternatively, Stinger has put his focus on reducing the city’s $4.2 billion deficit by taxing wealthy residents. During his campaign announcement, Stinger said:

“We will ask the most fortunate to pay a bit more in taxes. We asked our frontline workers to be heroes, and we are going to ask the wealthiest among us to do their part, as well.” In addition to his vow to raise taxes on the wealthy, Stinger has heavily criticized his potential predecessor, Mayor de Blasio. His critiques have addressed Mayor de Blasio’s strategies for reopening schools and his approach to managing New York City’s budget.

Stinger has also discussed issues related to police brutality and calls for addressing systemic racism. In June, he wrote a letter to the mayor asking him to cut $1.1 billion from the NYPD budget over the next four years to go to underserved communities impacted by police brutality and the current COVID-19 pandemic.

A Crowded Field of Candidates

In response to COVID-19, as NYC comptroller, Stinger has requested that all city agencies cut their budgets by four percent to mitigate the growing deficit due to the pandemic. In relation to this request, he has recently made statements about the negative impact the city’s growing debt can have on future social programs:

While it is still too early to tell what his primary campaign stance will be, it is highly likely that it could involve a combination of these elements. As Stinger sharpens his campaign strategy and the June 2021 primaries approach, he will have to compete with many mayoral hopefuls.

Out of all known candidates, Stinger is currently leading in the number of campaign funds raised. Nevertheless, as 2021 gets underway, and more individuals join the race, a shift in funding and momentum is a huge possibility. If anything is for sure, this race’s outcome is unpredictable until the final ballot is counted.

Subscribe to NYCPolitics.com for updates and upcoming voter polls for 2021 elections, one on one interviews and more