Privatization of NYCHA: Blueprint Plan Looks Like A Dishonest Attempt To Hand Over Reigns To Financial Elite Disguised As a Public Trust 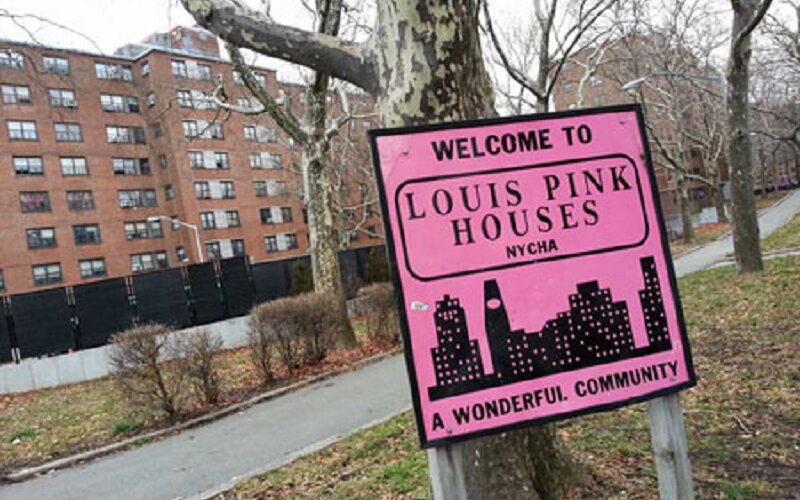 Full video at bottom of the page

“What are elected officials doing to make sure developers are not duping us?”

This quote set the stage for Sunday’s Voices of East New York talk between host Nikki Lucas, who is a 2021 City Council Candidate for East New York and Kristen Hackett, an executive committee member of the Justice For All Coalition. The broader topic centered around the current NYCHA Blueprint Plan, which privatizes NYCHA and how this event reduces tenant’s rights and possibly leads to the displacement of many in the East New York community.

The problems with this arrangement are plenty, and Lucas and Hackett touched on each one on Sunday’s show:

The Illusion of Affordable Housing

Lucas pointed out that NYCHA is the only true affordable housing in New York City but the elected officials are selling them out by allowing NYHCA to be privatized while at the same time creating the illusion that the City’s Housing Connect Affordable Housing Program is working.  Lucas added that the elected officials in East New York are beating their chest about building new affordable housing, but only less than 1/2 of a 1 percent of people actual get in. She makes clear that this is a lottery and she asked viewers “how many of you have ever hit the lottery”?

Lucas also pointed out that elected officials will often wait until the damage is done—i.e., mass displacement—before they act to fight for tenants. She emphasized the importance of local politicians working proactively to advocate for residents. She said the community is tired of fighting from behind on every issue for the past 20 years.

The Disappearance of Tenant Rights

There is currently legislation coming down the pike that would threaten regulations that protect the control tenants have over their apartments. Hackett offered some insight into how this privatization arrangement could take power from current residents and put it into the hands of private financial elites.

She explained that current regulations set up resident councils that allow tenants to have a say in what happens at their homes. The upcoming legislation from NYCHA would do away with this provision by converting the units to Section 8 housing.

NYCHA has already revealed a preview of how they will—or likely will not—seek out residents’ input. Hackett has attended a few town halls about this legislation, and NYCHA officials reportedly told residents during Q&A sessions the following: “We don’t want critiques about this plan, we only want to hear questions about this plan.”

Also, community meetings have been exclusionary as they have only been in English and over Zoom, isolating groups who speak another language and those tenants who don’t have internet access.

NYCHA is looking to close public comment on December 28, 2020, just days before the New Year. Unfortunately, the organization seems to be setting the stage of not making tenant engagement a priority.

“Sounds Like a Hustle”: The Dangers of the NYCHA Blueprint for Change

Again, legislation is being written to establish NYCHA’s Blueprint for Change. Which is a set of three steps marketed as “a set of ideas for improving residents’ homes while protecting their rights.” However, both Hackett and Lucas explore why this plan is anything but positive for East New York tenants.

The Blueprint will create a public trust, which is actually a quasi-private corporation that will be led by a nine-person board. The trust will be used to get Tenant Protection Vouchers (TPVs) to fix the residential spaces’ living conditions. The Rental Assistance Demonstration (RAD) and Blueprint will cover 60,000 and 110,000 units, respectively.

Nevertheless, while this sounds innocent, Hackett and Lucas detailed why this legislation is dangerous to residents during the show.

First, the public trust board will be made up of mostly financial elites, and only four tenants, two of which are picked by the mayor and the other two selected by NYCHA. Second, the TPVs will be used to likely only make cosmetic repairs on buildings instead of fixing core issues. Third, and most troubling, TPVs will be used by the public trust as collateral for private investments. Kristen Hackett summed up what NYCHA’s true intentions likely are: “This is about converting public housing into tax shelters.”

Tenants Housing is Wrapped Up in Private Deals

The sobering truth that Hackett and Lucas unveiled is that if the public trust defaults on payments for their debts, the City Council cannot intervene with emergency funding to help. The only people who have any say-so over what happens with the public trust are high-level elected officials like the Mayor.

So, local elected officials are virtually powerless in regulating how the trust runs or jumping in to prevent a default scenario. As a result, nonpayment could put the living arrangements of tenants in limbo.

According to Hackett, the tenant’s rights to live in this housing depend on NYCHA making payments. However, there has been no provision made for this possible scenario. Lucas pointed out that, ultimately, a default could lead to private investors taking over the property, which could raise rents and leave residents displaced.

However, even amidst the negative news, Hackett and Justice For All Coalition are fighting to push legislators to vote “No” on the public trust. She and the organization’s goal is to make a case for public funding, so resident housing isn’t tied to instability brought on by private interests.  NYCHA Blueprint Plan & What We Can do to Stop It

Lucas and Hackett also touched on NYCHA’s choice to push this decision during the COVID-19 pandemic being another way of excluding the voices of East New Yorkers. The health and economic distractions, as well as the technical limitations involved with moving conversations online, revealed how much NYCHA’s intentions could be to move forward without residential involvement.

However, Hackett stressed how important it is for citizens to be involved and informed:

“Tenants have a right to be involved in these decisions about their homes and developments, and the exclusion of tenants in that process is a legal violation.”

Nevertheless, there is also a worry about how local politicians allowed this situation to happen in the first place. Lucas had this to say about the lack of action from elected officials:

“Where have any of these radical leaders been? How do you call yourself a radical and allow this to get to this point?”

Whether the Public Trust moves forward or not will depend on how much resistance legislators see from residents and the elected officials that represent them. Hackett expressed that although City Council members, the Public Advocate and others do not have a vote on this plan, they should be protecting their constituents by standing with them and explaining that they should push the State legislators to vote no to this plan. Hackett went on to call the elected officials cowards for not standing up for their constituents. Lucas went on to say that these same elected officials will be marching with you after you have been evicted or displaced, in an attempt to look like they are fighting for you, when in fact they sat back and knew you would eventually be evicted or displaced.

Either way, viewers were happy that Lucas and Hackett shed light on this growing problem:

“I like to thank you, Ms. Lucas and Ms. Hackett for the wake up of what’s really going on in public housing; thank You, good job!” – Tyrone Champion

“RAD is stoppable! Glad this discussion is being had.” – Rick Echevarría, City Council Candidate, 37th District

To see the discussion in its entirety, and to hear more about Kristen Hackett work with Justice For All, take a look at this week’s Voices of East New York show below.