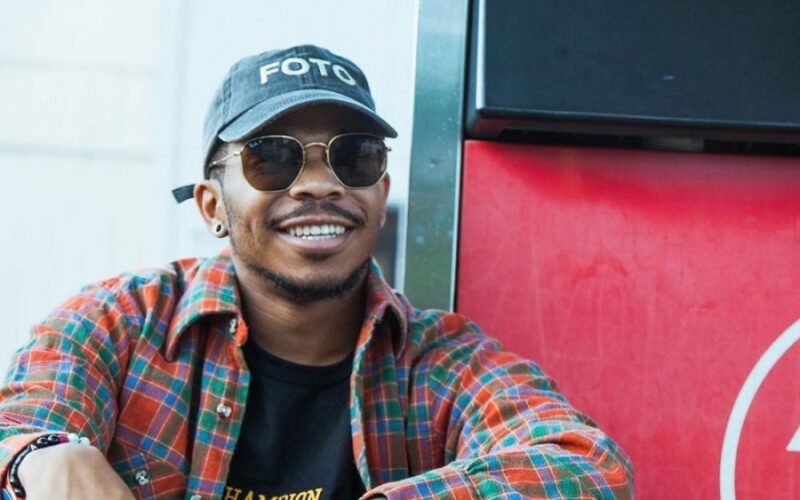 Beyonce, Bruce Springsteen, Kendrick Lamar, and Mac Miller are just a few of the artists included on the Official Biden and Harris Inauguration playlist. The 46-song collection was curated by D-Nice, acclaimed DJ, and Instagram Club Quarantine host, and Raedio, a label cultivating new and independent artists, founded by Issa Rae and Benoni Tagoe.

This curated playlist that includes some of the music industry’s biggest stars begins with Brooklyn native and rising star Kota the Friend. The rapper, producer, and creative has been making a statement in the music industry with well-received albums like his first, “FOTO,” and his second project, “EVERYTHING,” the album the opening track on the Inauguration playlist comes from.

The song, “Lupita’s Interlude,” is a collaboration between Kota the Friend and Academy-Award winning actress Lupita Nyong’o. The track features Nyong’o softly but powerfully expressing statements like: “It means everything to me, to not feel gaslit every day,” and “I want to be able to dream together and make things happen.”

Kota the Friend thoroughly enjoyed working on the song with the talented actress:

“Lupita Nyong’o was great to work with on the production of this track. I was happy to have her on the EVERYTHING album.”

Promoting the Theme of Unity

The potent messages from this song fall right in line with the theme of the incoming Biden and Harris inauguration: “American United.” And its inclusion on the playlist is a valued success for the Brooklyn rapper and storyteller:

“It’s always an honor to be recognized for my work, but to see my name on a playlist with Stevie Wonder, Bill Withers, Bruce Springsteen, Bob Marley, and so many others is truly humbling.”

Kota the Friend’s contribution to this historic playlist is part of a powerful message that this partnership between the Biden and Harris Administration and the Raedio team is coveying through music.

Taego expressed this sentiment in a recent statement:

“We know that music has the power to bring people together, and after a year of national challenges and division, we hope this collection serves as an indication of a new beginning, positive change and a reminder that music of all types is a common language.”

From EVERYWHERE to Lyrics to Go Vol. 1

This exceptional honor is only a starting point for Kota the Friend, who is already onto a new project. Kota just released the new album, “Lyrics to Go. Vol 1.” The 10-song project is a compilation album that is based on his Youtube web series with the same name. Each track includes verses and instrumental music created and produced by the Brooklyn rapper himself.

In a conversation with Ones to Watch, Kota the Friend describes the purpose of his new fan-inspired project:

“It’s an extension of my series that’s been growing on Youtube. It’s like over 60 million views – it’s something that gets me closer with my fans and helps me discover new friends. But this project is a carefully thought out piece of art. It’s album worthy.”

If this artist’s past work and inclusion on the Inauguration playlist are any indications about the future, Kota the Friend will continue to make Brooklyn proud.