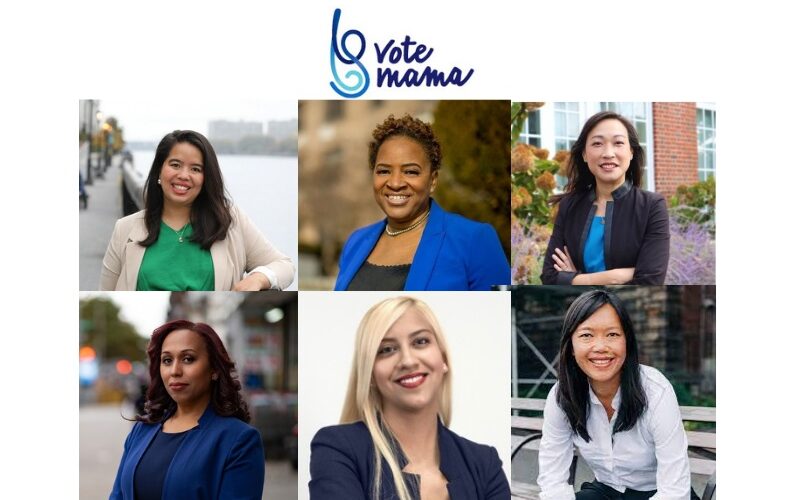 Moms can do anything and running for public office is one of them. But it is challenging when young kids are involved. Childcare becomes the major issue that holds them back from running. In Congress, for instance, there are only 23 moms of young and school-aged kids in the House and two in the Senate compared to 90 dads in the House and 13 in the Senate. Thanks to Liuba Grechen Shirley whose struggle with her 1 and 3-year-old kids while running for Congress in 2018, led her to petition the Federal Election Commission to became the first woman in history to receive federal approval to spend campaign funds on childcare. This decision paved the way for many more working parents and moms to run for office. Liuba went ahead to found Vote Mama, an organization that endorses, supports, funds and mentors Democratic moms with young children running for office up and down the ballot and across the country.

Vote Mama is backing six moms who are running for New York City Council in the June 22 Democratc Primary. Their victories can change the playing field in the City Council. Meet them. 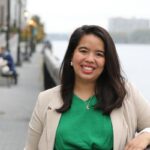 Tricia Shimamura is a mom, social worker and community activist running to represent District 5 on the New York City Council which makes up the Upper East Side and Roosevelt Island. She currently lives on the Upper East Side with her husband, Dov, and their one-year-old son, Teddy. Tricia is running to create a New York City that works for all of us by uplifting our working families, small businesses, and seniors. Tricia is a proud Japanese Puerto Rican woman of color. Growing up in a working class household, Tricia was the first in her family to graduate college. She received her bachelor’s degree from Kenyon College and Masters degree in social work from NYU. Learn more about Tricia here 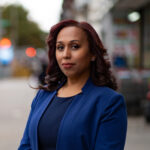 A daughter of immigrants and a single working mother raising three children, Johanna Garcia is the one candidate we can count on to fight for our children, families and city that works for all of us, because that’s what she’s done her entire life. Running to represent district 10, Johanna is ready to be a leader for Upper Manhattan who stands up to make our voices heard as the next City Council member. She will be working to make sure every child has the opportunity for a quality education and the chance to succeed; fighting to make sure the people living in her community can afford to stay in the community; and continuing to be a strong voice for equality, fairness and basic justice. Learn more about Johanna here 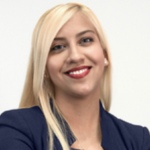 Ischia Bravo who is running to represent district 15 is a mother, community advocate, and lifelong Bronx resident. She understands the needs of her community and knows how to work within local government to deliver resources back to the neighborhoods. As a product of public housing, Ischia understands how housing influences every aspect of one’s life, from education and employment to healthcare. Ischia is passionate about reforming New York City’s broken housing system because of her own lived experience and that of so many of her struggling neighbors. Ischia attended local schools within the NYC public school system and earned her GED while working multiple jobs to help her grandmother meet the gaps that public assistance did not sustain. Ischia is a proud CUNY alumna, obtaining her bachelor’s degree from John Jay College of Criminal Justice and her Associate’s from Hostos Community College. Ischia has dedicated her life to public service because she believes zip codes should not determine life outcomes. She knows her neighbors deserve better and is determined to improve the quality of life for every resident in District 15.  Learn more about Ischia Bravo here 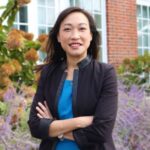 A native New Yorker, Linda is an 11-year resident of Oakland Gardens, an active member of Community Board 11, and a Commissioner of the New York City Civic Engagement Commission. She is also the leader of a nonprofit organization, a mother of two young children, and the daughter of immigrant small business owners.

Linda’s lifelong commitment to serving others and fighting for equitable access to resources began in college when she was a camp counselor for inner-city children. But it wasn’t until she pursued her master’s degree in Social Work that she realized the most effective way to ensure impactful policies make it across the finish line is to have a seat at the table where important decisions are made. Working in the social sector, she’s seen firsthand the large gaps between well-intended policies and the negative outcomes they can have on the most marginalized New Yorkers. She has devoted 20 years to closing these gaps through her nonprofit work and leadership.

As the President and CEO of Korean Community Services of Metropolitan New York (KCS), she led the creation of community-informed solutions to improving the daily quality of life for thousands of community members through programming in the areas of education, senior care, mental health, healthcare access, economic and workforce development, and immigration services. Lee developed dynamic partnerships with policymakers, coalitions, New York City and State government agencies, and neighboring community organizations to ensure the needs of her community were accurately and adequately represented.  Learn more about Linda here 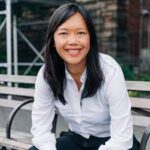 April is a Lao refugee and immigrant whose humble roots fuel a passion for public service. Her unique life journey began in a Thailand refugee camp, where her mother had her at 17. April’s mother brought her family to Washington State with a vision and hope for a better future.  Somboun has lived in NYC for 11 years. In 2015 she married her husband, Jason, and they have since made a home in Brooklyn Heights. They have two children – Hitchens, a six-year-old son, and Clementine, a three-year-old daughter. April is highly involved in her Brooklyn Heights community. She is a member of the North Heights Community Group, is a part of the Brooklyn Bridge Park Community Advisory Council, leads the BQE initiative for the Bridge Harbor Heights Condominiums, and is a member of the Popular Street Community Garden.  Plus, she is a board member of the nonprofit Brooklyn Book Bodega and volunteers every week at the First Presbyterian Church Brooklyn’s Food Pantry.

April is running for NYC Council, District 33 because she is fighting for a Brooklyn we can all believe in. Through her personal experiences with local, state, and national politics such as being a power volunteer for former Washington state Governor Gary Locke’s campaign along with Barack Obama in Seattle, and canvassing for John Kerry, she has experienced and witnessed the power of advocacy and community. Learn more about April here 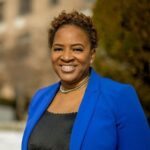 Nikki Lucas was introduced to civic involvement at the tender age of 8 as the child of parents who were heavily involved within their community and participated in local campaigns. Over time, her passion and drive progressed into active involvement with various community and elected leaders in all levels of city, state, and federal government. The desire for the betterment of her community has never wavered and she has become a stalwart advocate for those whose voices are never heard and often overlooked. Ms. Lucas earned her degree in Liberal Arts at the Borough of Manhattan Community College and continued her studies at Syracuse University majoring in Policy Studies and Conflict Resolution.

As an over 30-year resident of Starrett City and an advocate for East New York residents, Ms. Lucas has implemented many programs and initiatives that continue to uplift and empower residents throughout Brooklyn and citywide. For the past three years Ms. Lucas has partnered with the New York for Seniors initiative, bringing the New York for Seniors Health & Wellness Resource Series to seniors and caregivers throughout New York City.  Ms. Lucas is the host and moderator for the Healthcare Panel Discussion series, which gives her the opportunity to connect healthcare experts directly to seniors and caregivers, bringing much needed resources and information. Learn more about Nikki here

These six moms endorsed by Vote Mama for the NYC primary are trailblazing women of color who have the power to change the council. They bring with them their diverse perspectives and first-hand understand what working families and women across the city need. These women who are all community leaders have been juggling zoom school and raising children in a pandemic and working. They are all active in their district and know what their community needs. These incredible women understand what it’s like to raise children in the city in the middle of this pandemic. Some of them are single moms, refugees, immigrants, all have young children, juggling it and are exactly the ones who understand that they would be the best voices for New York’s working families to bring NYC back stronger than ever. They are the ones who will build the New York that our children deserve to grow up in.

All these women bring their lived, personal life experiences to the table. One will be the first to represent her community at any level of government. Tricia had a baby in the middle of running her campaign so she understands how difficult it is to find access to childcare in NYC. They understand what it is like to raise a family in NYC and what it’s like to overcome obstacles and fight for the people of their own community.

Liuba Grechen Shirley, the Founder and CEO of Vote Mama told NYCPolitics.com that there are many PACs that focus on electing women, but Vote Mama is the first one focused solely on electing moms. “We work to get them in office. Then once in office, we work with them to pass incredibly important family-friendly legislation to make a difference in the lives of kids, women and families all across the country.”

Liuba said she started Vote Mama to change the political landscape and to make sure that we’re prioritizing the policies that matter to so many people in this country and for that to happen, we need more moms with voices at the decision-making table.