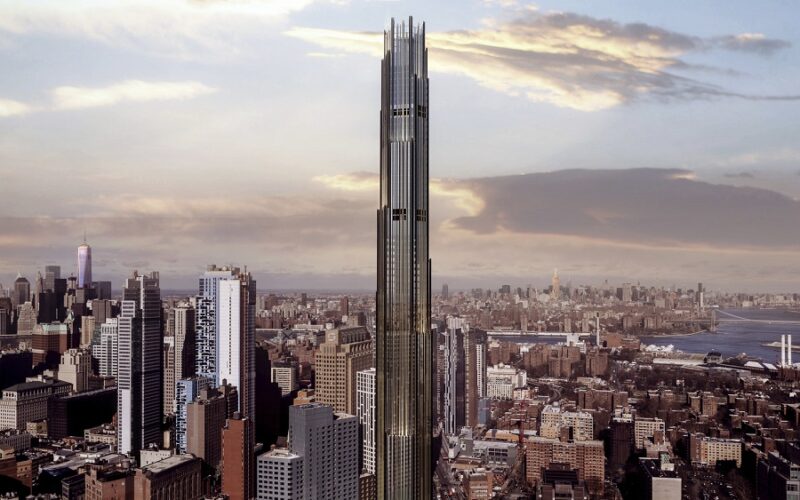 When it comes to iconic skylines showcasing the soaring structures of our most ambitious and eye-pleasing manmade design and construction, NYC’s ever evolving contribution has always been one of the world’s most instantly identifiable. Of course up until now, this most urbane signal of success and urban progress has been entirely owned by the single borough of Manhattan.  But Brooklyn—and SHoP Architects—is about to change all that.

As evidenced by every eye to the sky, an all-new, bronze-clad and glass-adorned colossus is growing in Brooklyn, and its steely roots are planted at 9 DeKalb Avenue.

With our borough’s former highest contribution to our NYC landscape being the 68-story, mixed-use condo tower, Brooklyn Point—which tops off at 720’ and just under the standard 984’ “Supertall” designation—9 DeKalb will break through Brooklyn’s clouds to become a radiant beacon of residential comfort, while flexing serious business and commercial muscle.

And so, without any ado at all, here is our Top 10 Trivial Tidbits about Brooklyn’s very first Supertall Skyscraper!

Brooklyn’s future is moving on up!

Next PostA Lot Of Trust In East New York’s Future