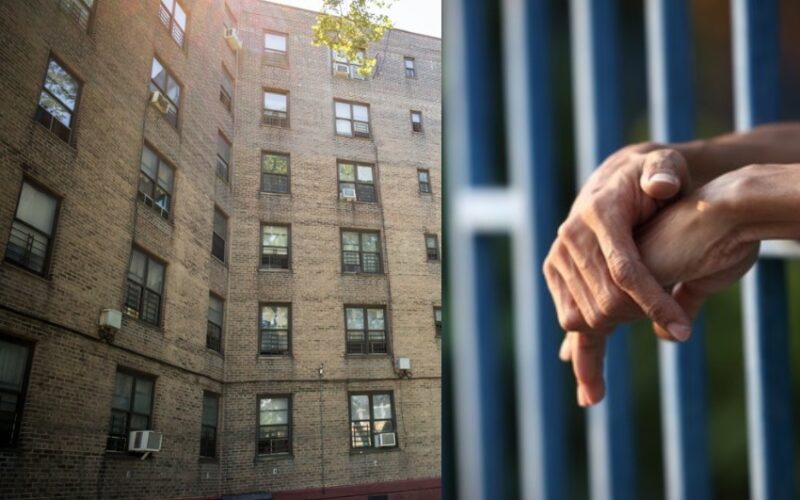 Against the backdrop of the United States registering the highest incarceration rates in the world, scholars at the Columbia University Center for Justice, The CUNY Graduate Center and Washington University in St. Louis have identified a distinct pipeline leading from public housing developments to prison. In a pathbreaking study published in the Proceedings of the National Academy of Sciences of the United States of America (PNAS), the researchers show that incarceration rates in New York City census tracts with public housing developments outstrip the incarceration rates in census tracts without public housing, even though crime rates are equivalent. They attribute this “public-housing-to-prison pipeline” to the hypersurveillance and hyperpolicing of the socio-economically disadvantaged and predominantly Black and Hispanic residents of New York City Housing Authority (NYCHA) developments. Their findings, while centered on New York, are applicable to other cities including Chicago, Baltimore, Boston, Cleveland, Seattle, St. Louis, and Oakland.

Historically, public housing developments have been a site of social and spatial control carried out by the police. In New York City, the NYCHA housing authority and the NYPD have maintained a long-term collaboration that seeks to maintain social order and reduce crime. One unintended outcome of this collaboration is the “police-to-public-housing pipeline of information,” contributing to the hypersurveillance of NYCHA residents, developments, and neighborhoods. Moreover, policing tactics such as vertical patrols within the buildings, stop and frisk, zero-tolerance policing, nuisance ordinance enforcement and enhanced surveillance technologies such as cameras ubiquitously placed throughout NYCHA complexes disproportionately impact NYCHA residents, resulting in many more negative interactions with the police.

Conducting research on this topic is urgent. Through the Justice-in-Education Initiative, funded by the Mellon Foundation at the Center for Justice at Columbia University, and the Columbia University School of Professional Studies (SPS), students Holder and Calaff began to see patterns in data that reflected their lived experiences in public housing that were the impetus for the study with Tran and Maricque.

“We can dive into the problems, but the question under consideration is who wants to sit at the table with scholars from these neighborhoods and explore solutions,” said Holder. “The success of any thriving community is a function of the resources and opportunities available to it and to its residents,” said Calaff. “We have the means and resources to create pipelines to success, however we define success. Yet somehow those means have been diverted toward hypersurveilling and hyperpolicing our communities of color. We must give ourselves more credit and do better by our underserved communities.”

Holder emphasizes the importance of such studies to advance potential remedies. “This study exists because of our lived experience, education, and collaboration with university stakeholders who understand that if there is a pipeline to prison there must be a path out,” he said. “For Ivan and me, it has been access to Columbia where we lead our own initiatives.”

The study points to three ways to improve the current system. First, an alternative to the absolute reliance on the police for establishing safety in NYCHA communities is the employment of formerly incarcerated individuals to help mediate violence in their own communities. This is known as the Crisis Management System in New York City—a public health approach to violence known globally as the Cure Violence Model.

Second, public policies to deconcentrate poverty must address the root causes of mass incarceration in public housing developments—intergenerational poverty, trauma, and violence in the context of structural racism.

Third, it is critical to create leadership opportunities for individuals directly impacted by incarceration, including education, advocacy, civic engagement, research and policy development, and policy implementation. “The work that Jay and Ivan are doing with the National Executive Council at Columbia is so important,” said Maricque. “We need more spaces for people with lived experience to build skills and tools and lead research projects in their communities. We plan to replicate our partnership.”

About the CUNY Graduate Center

The CUNY Graduate Center is a leader in public graduate education devoted to enhancing the public good through pioneering research, serious learning, and reasoned debate. The Graduate Center offers ambitious students nearly 50 doctoral and master’s programs of the highest caliber, taught by top faculty from throughout CUNY— the nation’s largest urban public university. Through its nearly 40 centers, institutes, initiatives, and the Advanced Science Research Center, the Graduate Center influences public policy and discourse and shapes innovation.

About the Center for Justice at Columbia University

The Center for Justice is committed to ending mass incarceration and criminalization, and advancing alternative approaches to justice and safety through education, research, and policy change. Its mission is to help transform the approaches to justice from being driven by punishment and retribution to being centered on prevention and healing. The Center is interdisciplinary and works in partnership with schools, departments, centers and institutes across Columbia, other universities, government agencies, community organizations, advocates and those directly affected by the criminal justice system.

About the Columbia School of Professional Studies

As one of the seventeen prestigious schools affiliated with Columbia University, the School of Professional Studies is committed to supporting a diverse community of faculty, students, and staff, while expanding the reach and impact of an Ivy League education so that more students can excel in their careers. The School builds and delivers flexible programs at the highest level for a broad array of people that lead to amazing career and educational outcomes.