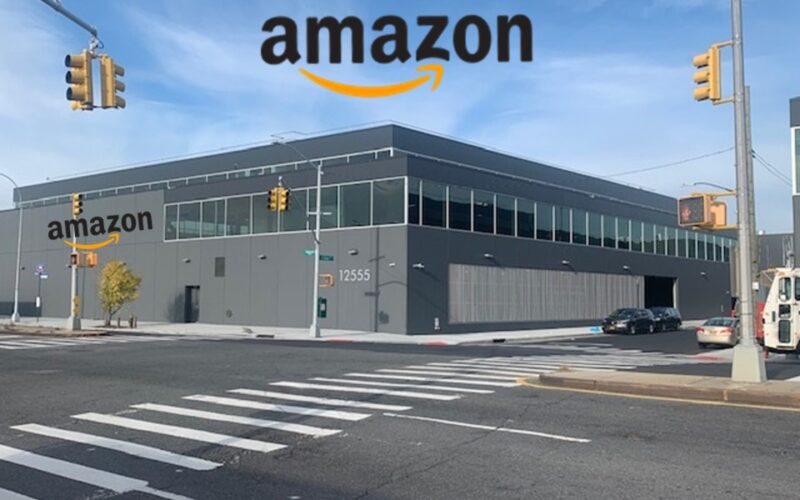 This OpEd is two-fold; to inform the community to join the livestream discussion about Amazon coming to East New York and how it will impact the community, and to point out that the local elected officials and Community Board 5 continue to sleep at the wheel while the community continues to fight from behind on every issue, including this one.

Amazon has signed leases on multiple warehouse buildings in East New York, for their logistics and distribution centers as previously reported on EastNewYork.com.  Local elected officials and Community Board members have commented that they have problems with Amazon coming to the community and that they were unaware of the fact that Amazon was coming to East New York. They should have known about this a long time ago and should have informed the community before the leases were signed, not after. Is the problem jobs?  The types of jobs? Do you have solutions? What is the real complaint? The community wants to know.

East New York has a major problem of always fighting from behind because the elected officials and Community Board 5 continue to be sleep at the wheel, incompetent or in on the deals. They come out after the community has been hit and suffering. Another important example; the elected officials and Community Board 5 voiced their objection to the privatization of NYCHA after it was exposed by East New York News and after the agreements with the private developers had been signed.

This time they put their incompetence in writing. (See their so-called “Letter of Outrage” below)  They had to know, or should have known,  that Amazon was looking at all of those warehouses in East New York with “For Lease” and “For Sale” signs, sitting next to the airport and Van Wyck Expressway.  If you do not understand these logistics in your community then you should not be in office or representing the community on any level.

For the past 20 years the community has been fighting from behind and losing every step of the way. NYCHA has been privatized, affordable housing is really a lottery system with less than 1% of residents having access to “affordable” housing and now one of the largest businesses in the world is coming to East New York and the elected officials and Community Board 5 members were sleep at the wheel while the deal was being made.  If they weren’t sleep then they are incompetent or in on the deal. In either case, the community continues to suffer.

You can also watch the show live Sunday Nov 29, 2020 @9am on the homepage of EastNewYork.com.  To join the discussion you have to watch live on Facebook.com/EastNewYorkNews

Here’s the so-called “Letter of Outrage”, after the deal has been done. 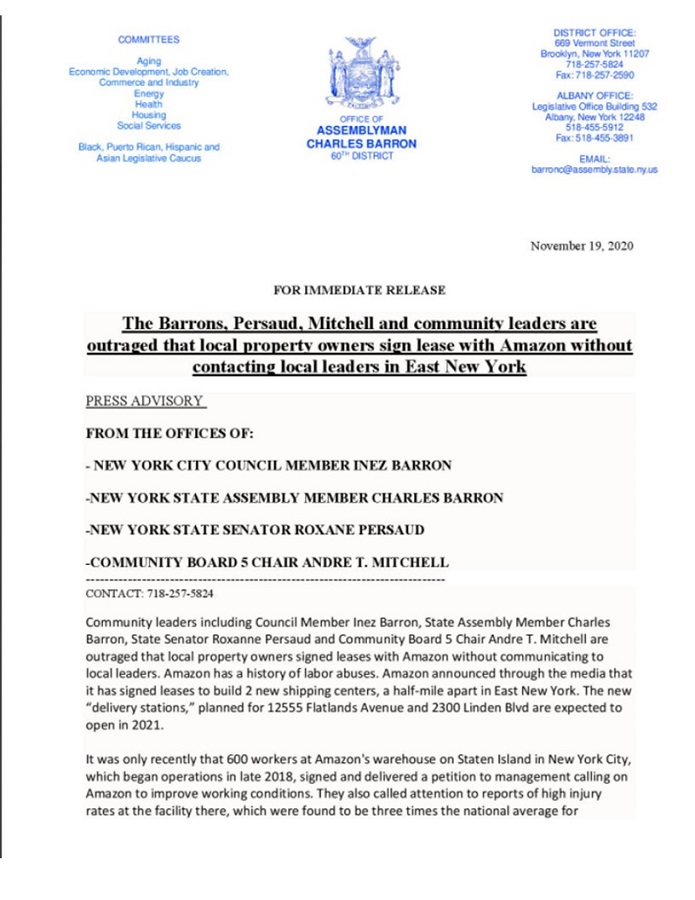 Previous Post“It’s Here and The Ink Is Dry”: Amazon Moves Into East New York, But Who Knew And What’s Next?

Next PostDavid Dinkins, New York’s First and Only Black Mayor Passes Away at 93 – From Barber’s Son To Mayor