Home Brooklyn “It’s Here and The Ink Is Dry”: Amazon Moves Into East New York, But Who Knew And What’s Next?
BrooklynCity CouncilLocal NYC PoliticsTrending News

“It’s Here and The Ink Is Dry”: Amazon Moves Into East New York, But Who Knew And What’s Next? 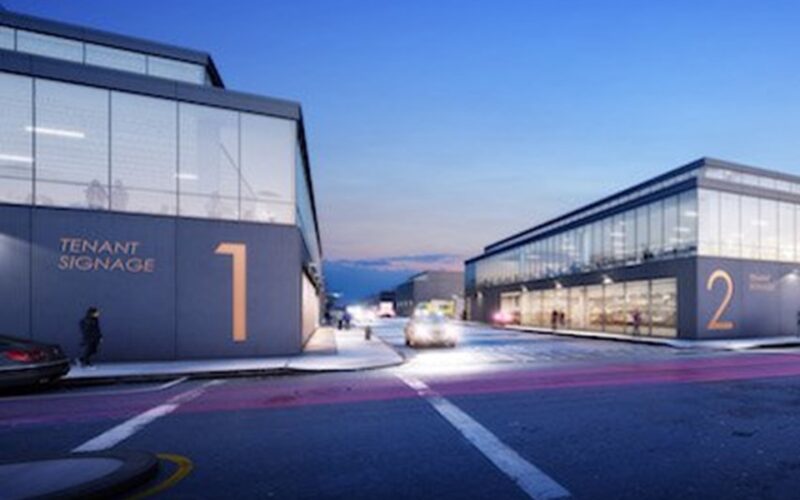 pictured: Two full city blocks at 12555 and 12595 Flatlands Ave. is one of Amazon’s two new locations in East New York. The other location is

We’ve seen it all over the country. Big-box retailers like Walmart and Amazon have made their way into communities large and small. However, not everyone is excited to see them. Often, the announcement of these corporations moving into cities and towns are met with protest and controversy. But, what happens when the community doesn’t even know they’ve already made a deal, signed the leases and started the hiring process?

This scenario set the stage for the spirited discussion between host of the increasingly popular show, VOICES of East New York with Nikki Lucas, and Bill Wilkins, Director of Economic Development, for Local Development Corporation of East New York, on this past Sunday’s segment.

“I immediately got calls and people saying ‘Hey what’s going on?,’ ‘Why did this happen?,’ ‘How did this happen, and why didn’t know about it?’”, stated Nikki Lucas.

Lucas started the episode by expressing the initial reaction of community members on Sunday’s VOICES of East New York show, to the news that Amazon has set their sights on moving into East New York.

As with many of their moves, the controversy is unfolding.

Amazon is opening two new delivery stations in East New York. The first will be at 2300 Linden Blvd, while the second will be a 211,000 sq ft facility at 12555 Flatlands Ave. 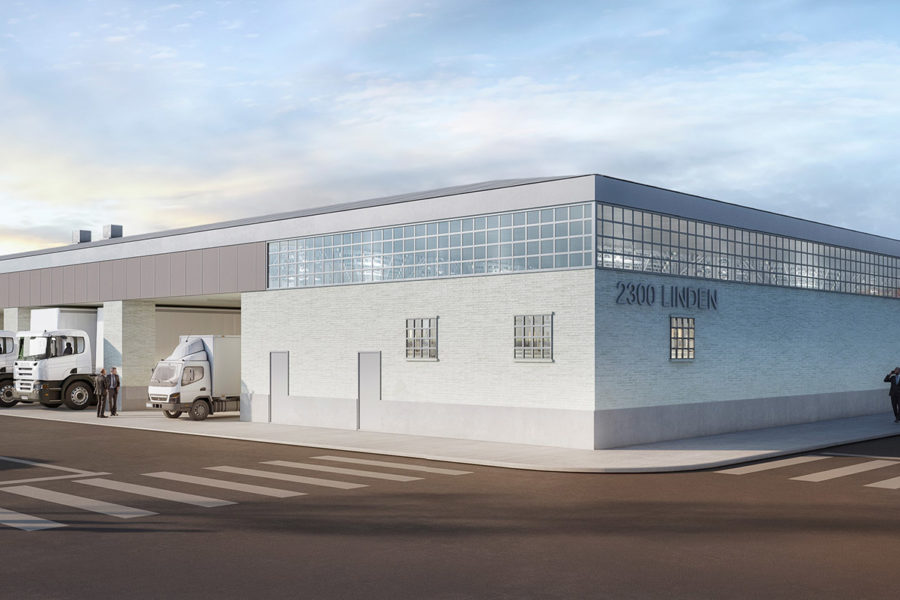 According to an email sent to East New York News by Emily Hawkins, an Amazon Logistics public relations staff member, ‘delivery stations power the last mile of Amazon’s order fulfillment process. Packages are transported to delivery stations from Amazon fulfillment centers, are sorted, and then loaded into vehicles for delivery to customers.”

Unfortunately, East New York residents were not aware of the private leasing deal that has brought Amazon into the area. Nevertheless, more shockingly is the admission from local elected officials that they were unaware of Amazon’s move into East New York.

Councilwoman Inez Barron, Assemblyman Charles Barron, along with State Senator Roxanne Persaud and Andre Mitchell, Chairman of Community Board 5, wrote a letter of outrage to New York’s Mayor and Governor about Amazon moving into their community without their knowledge.

“Tired of Being in Last Place…”

On VOICES of East New York, Lucas expressed the feelings of frustration and bewilderment that she and many community residents are likely experiencing. She started the discussion by conveying how this event reveals two worrying and common themes: “finding out about things after the fact.”

And the importance of elected officials to be more proactive:

“We should be taking proactive approaches as leadership within our communities—especially when they have the funding and resources to assess what is going on in our community.”

Ultimately, the situation brings up two startling realizations: either the elected officials knew and didn’t say anything, or that they didn’t have the power to be informed. Both are unsettling.

However, the following discussion with Wilkins evolved into a thoughtful and necessary conversation about the pros and cons of the e-commerce power player moving into East New York.

Lucas pointed out to Wilkins that while Amazon does have a history of not being the best community partner, the reality is that residents do need jobs.

“It’s easy for people to say something when they have a job, but when your community is struggling and hungry for work, and then Amazon comes in and says ‘Hey! We’ve got some jobs for you,’ whether it’s good or bad, if you’re looking at someone who is unemployed and needs a job, that’s attractive to them.”

Jackie Greaux, one of the many viewers who tuned in to the show, commented and also expressed that Amazon’s move into East New York could bring a net positive by allowing small businesses to benefit from Amazon’s logistics and delivery processes.

Lucas later inquired why he felt the elected officials didn’t use available funding to see how to bring better companies into the area for work opportunities if they disagree with Amazon’s move into East New York?

The question went along with Lucas’s sentiment that she and many in the community feel like they are always in the last place and fighting from behind.

“Sometimes, we feel in last place, but we are still in the race,” Wilkins responded. He went on to express how critical dialogues like these are: “We are having these types of discussions, and we are having these kinds of exchanges[…] It’s important for us to have citizens informed about issues, and I wholeheartedly agree with you that I hate being reactionary [sic]. I like to be proactive and to have these discussions on the front-end as opposed to the back-end.”

The Bad—Where are the Careers?

Yes, Amazon may bring jobs into East New York, but are these jobs well-paid careers that citizens can actually live off of? Amazon’s history doesn’t bode well for this point.

Two issues were the focus of this argument: low-wage jobs and the displacement of local businesses.

First, Lucas pointed out that Amazon has to pay a wage so that East New York residents can afford to reside in the neighborhood they live in—especially as gentrification seems to be taking hold in the area. This would mean that the company needs to offer viable careers over lower-wage positions—something Amazon is not always known to do for delivery station staff.

Next, Wilkins addressed a troubling trend that Amazon’s arrival seems to bring with it: the gradual disappearance of local businesses:

“Urban renewal should not mean Black and Latino removal […] There are improvements that we need in our community, but if those improvements are made, it shouldn’t be at the sacrifice of the residents and businesses that are indigenous to East New York.”

“How do we find that comfortable balance?”

Wilkins also discussed concerns that corporations like Amazon do not seem to favor union involvement, as the benefits brought to workers by these organizations can be at odds with the company’s bottom line.

Viewer Dee B. Browns commented and agreed with Wilkins weariness of Amazon’s move:

“There is no benefit to having this huge corporation in a low-income neighborhood. It is statistically proven that moves like this devastate an ‘already distress’ community!”

A Final Call to Action

Lucas ended the discussion by reiterating that elected officials should have either known what was going on or have been able to come to some sort of understanding with Amazon about how they treat the employees that live in East New York.

However, she acknowledged that the deal is done: “It’s here. The ink is dry.” Nevertheless, she ended with a call to action for herself and listeners.

Lucas expressed her commitment to having more conversations with those impacted: job seekers, small businesses, unions, renters, and homeowners; while also imploring viewers to get involved in local elections to ensure the community has leaders who will fight for their interests in cases like this.

Nikki Lucas might get her chance to make proactive decisions and create change in East New York, as she is a candidate running for City Council in East New York in 2021. She will be running against Charles Barron, who was in City Council from 2001 – 2012, and then he went to the NY Assembly from 2013 – 2020. Barron’s wife Inez took his seat in NYC Council in 2013, after she served in the NY Assembly for a few years before.  They switched seats in 2013 and now they are trying to switch seats once again.  It’s political confusion for sure but you can read more about the seat switching here.

Amazon was invited to participate but was unable to join the conversation. Hawkins submitted a statement to East New York News in response. Below is part of their statement.

“The two East New York delivery stations will create hundreds of great full- and part-time jobs, with industry-leading pay, benefits starting on Day One, and training programs for in-demand jobs. At Amazon, we strive to be not only a great employer but a great neighbor too. That means becoming part of the fabric of East New York by embracing the people, the needs, and the spirit of the community. It is incredibly important to us that we leverage our scale for good, and make investments that support the local communities where our associates live and work.”

Previous PostCity Officials Speeding Up Privatization of NYCHA Which Will Displace Thousands of Tenants: How We Can ‘Halt The Blueprint’ Sunday Dec 6 on VOICES of East New York