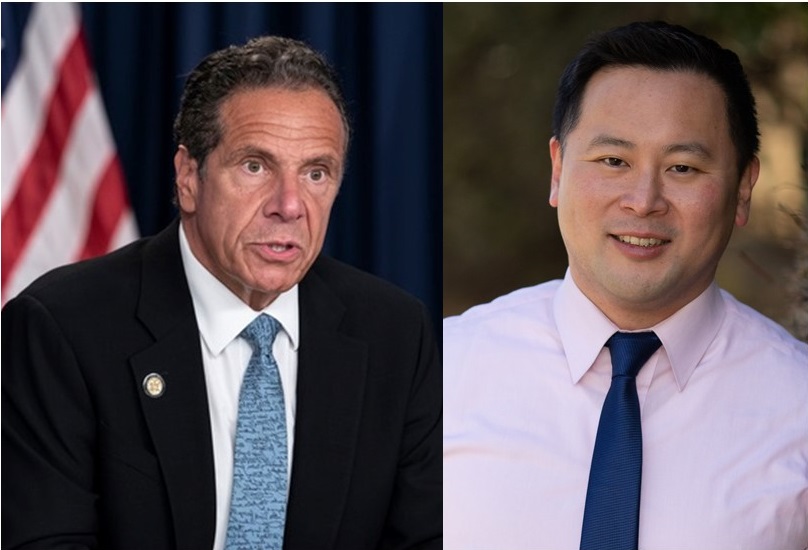 Watch the CNN interview below

Assemblyman Ron Kim talks about his telephine call with Governor Cuomo, regarding the hiding of data of the number of nursing home deaths. The Cuomo administration has been accused of under reporting the number of deaths in nursing homes, and Cuomo’s team subsequently admitted that they did under report the data. Kim says he and his wife were in shock about the call, and Kim quoted Cuomo as saying that Kim hasn’t yet seen his wrath. This is a must-watch interview.

Mayor Bill DeBlasio, in news reports and interviews has said that this type of threat from Cuomo is typical. In an interview with NBC DeBlasio stated, “It’s a sad thing to say … but that’s classic Andrew Cuomo. A lot of people in New York state have received those phone calls. The bullying is nothing new. I believe Ron Kim and it’s very, very sad, no public servant no person who’s telling the truth should be treated that way. The threats, the belittling, the demand that someone change their statement right that moment … many many times I’ve heard that and I know a lot of other people in this state have heard that,” De Blasio said in an MSNBC interview.

“It’s just the script, it’s exactly what a lot of us have heard before. It’s not a surprise, it’s sad. It’s not the way people should be treated,” de Blasio said. He also said Cuomo’s tirades weren’t limited to politicians.

“I don’t think it’s just government,” de Blasio added. “A number of your colleagues in the media will tell you about calls where they were berated and belittled. It’s something that a lot of people in New York state have known about for a long time. I can’t get into the why. That’s a deeper question, I can only say it’s a very unfortunate way to treat people.”