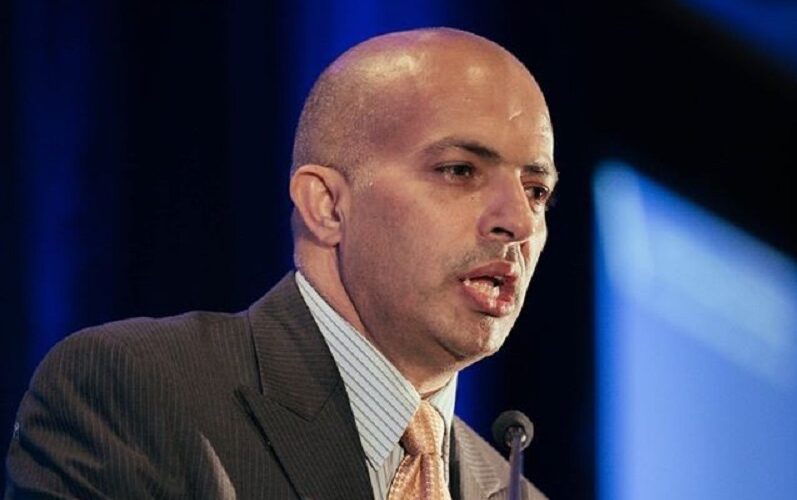 Kaled Alamarie was only a child when he moved to New York with his parents. Born in Yemen and raised in Queens, Alamarie ended up leaving his mark on the City. For twenty-two years, he worked as a city planner and a project manager for the City of New York, which opened the door to the American dream.

This year, things have come full-circle as Alamarie enters the City Council race in the district where he grew up. “I have lived in this community for over 35 years, and I am proud to be a product of this place,” he told NYCPolitics in an interview. “District 32 is my home.”

Helping New Yorkers Find and Stay In Their Homes—Affordably

And home is a significant word—and concept— that is at the center of Alamarie’s political campaign. “In my district, an overwhelming amount of residents spend over 50% of their income on housing,” Mr. Alamarie said, pointing to the affordable housing crisis.  “We need to focus on the most severe individual crises on a case-by-case basis, but simultaneously we have to create policies that prevent future insecurity and help those who are facing difficulty.”

New York’s 32nd district includes neighborhoods often forgotten by mainstream attention in Queens. Belle Harbor, Breezy Point, Broad Channel, Howard Beach, Rockaway Park, and Ozone Park are included in this area, the outlying Rockaway Peninsula.  But being geographically located on the “edges” does not mean less important. And the New Yorkers who live in District 32, like everyone else, want their fair share of resources and support. “It is time to establish a new income tax structure that provides cost-burdened New Yorkers
added flexibility to spend on rent and other basic needs,” Mr. Alamarie explained. “We need to rezone manufacturing areas in uprising real-estate neighborhoods and allow residential use instead.”

The Troubling Impact of COVID-19 on New York Rents

If mom and pop landlords are handling a crisis as deep as some of their tenants, many real estate giants used the COVID-19 pandemic as an opportunity to make more profit.  This problem has stretched to districts like Mr. Alamarie’s. Today, an overwhelming amount of
residents struggle, spending over 50% of their income on housing.

“Mayor De Blasio promised to produce 12,000 of the projected 80,000 new affordable housing units by 2024,” Almarie said. “But with four years remaining, only 2,000 affordable units have been delivered, and most of these units are subsidized.”

A Shift in Demographics Could Tilt the Area to Democratic Candidates

Representative Eric Ulrich, a Republican, is term-limited and can’t run again. Since the last election where Ulrich was victorious, the 32nd district has gone through an intense demographic shift—which could favor Democratic candidates like Alamarie. The community also has a record number of registered Democrats moving in, according to the latest data.  All of the ten candidates running for City Council are Democrats, including Mr. Alamarie. This emerging voting block is seeking answers for a variety of growing issues.

“A large segment of the members in my district are minority workers. We suffer from low pay here,” he said. “They are the New Yorkers that can’t work from home and do not have the financial means to face the pandemic for longer. In this district, we are proud owners of small businesses, and we had to reinvent ourselves during an uncertain time, with many new regulations. But now we need a change.”

The pandemic also caused a worrying increase in violence and crime episodes— a trend that is reaching the 32nd district. On December 28th, a man fired approximately 12 rounds from a handgun at a black SUV in broad daylight at a gas station in Far Rockaway. It was the latest
event in a long list of criminal activity impacting the area.  Alamarie has a strategy for managing the uptick in unlawful acts, among other pertinent police reform issues. He favors a scientific approach to addressing crime, the Defunding the Police movement, and NYPD reform.

With the data that identifies pain points, we have ways and means to improve police service,” he explained.  “Last month, police launched a program called, ’How did we do?’ which gives residents a platform to provide feedback. My vision is to expand these data-driven initiatives.”
But to change the relationship between citizens and the police, Alamarie acknowledged that crime and reform strategies require a joint effort on local, state, and federal levels.

“As a public official, I will hire qualified executives to work in precincts and help bridge the cultural gaps between the police and the residents they serve,” promised Mr. Alamarie.  “Changing the way America polices citizens will start at a local level, here in this district,” he said. “I want to do my part and give back to the place that raised me.”