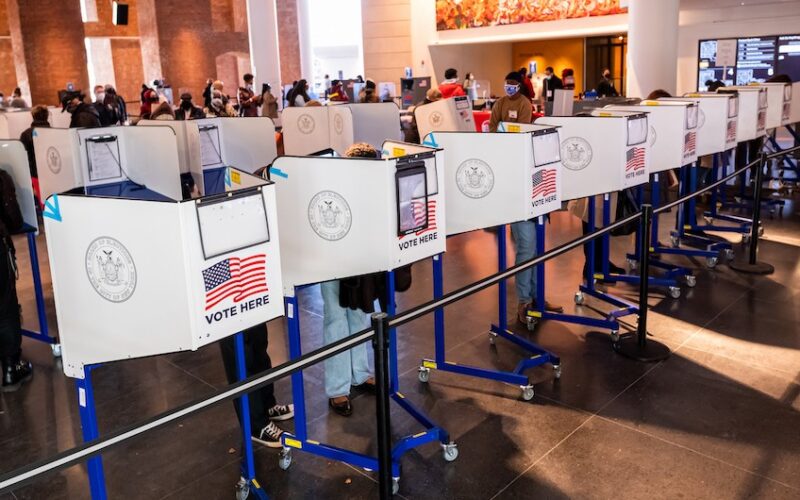 Ranked-Choice Voting may have been successfully used in New York City for the first time in the 2021 local primary elections, but that doesn’t mean all New Yorkers know about it or understand it.

What is Ranked Choice Voting?

Ranked-Choice Voting is a voting system where, rather than pick just one candidate, voters rank several candidates in order of preference. So even if a voter’s top choice doesn’t win, their rankings of other candidates still play a role in determining the winner. 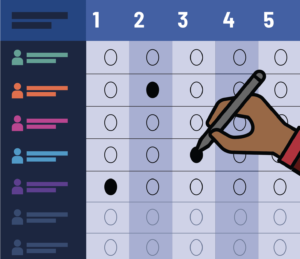 How much do New Yorkers know about Ranked-Choice Voting?

Being that the new system is more complex than a traditional election, it would be surprising if all New Yorkers are versed with the new voting process. Of the dozens of New York City registered voters I asked about Ranked-Choice Voting, some said they have never heard about it while others said they heard about it but still don’t know what it means. “What’s that? I don’t know what that is,” said Timothy Jebucitwa, a holistic doctor in Brooklyn.

Some who voted in the election said they understood the process while others said they didn’t understand what they were doing. “I don’t know what Ranked-Choice Voting is. I voted but did not know I was using RCV. I just saw many names and just picked the ones I wanted,” said Kenneth John, a Production Assistant at BRIC TV.

One thing that stands out with most of them was their ignorance of whether Ranked Choice Voting is used at the state or local level, where in the state it is used, which elections and which races use it. Most of them had no clue while others said they believe it is used in their local elections within their district.

James Mongeluzo, a NYC employee said he only knows about New York City primary elections for city level positions and not sure if any other localities in the state use it. He added that he doesn’t like the limitation on the ranking. “I think an ideal system would allow the voters to rank every candidate on the ballot, but I realize that would be cumbersome. I don’t like the idea of people’s votes being thrown out or nullified because all of the candidates they ranked got eliminated before the final round of ranked choice voting,” Mongeluzo said.

So why don’t many New Yorkers know much about Ranked-Choice Voting?

Esmeralda Simmons, a civil rights attorney, activist and former executive director of the Center for Law and Social Justice at Medgar Evers College who criticized the New York City Board Of Elections – BOE for not properly preparing the public for Ranked Choice Voting said they did  not educate voters early enough. .

“They waited until a month, maximum six weeks before the election before they started a serious voter education campaign. This was a major change in the way voting takes place. Their negligence caused community organizations and activists to have to fill in for their gaps. So, community organizations doing training on Ranked-Choice Voting, we had videos, we had people doing speaking engagements, I mean I did at least a dozen explaining to voters what RCV was and how it operates and what they needed to know. None of that was done by the Board Of Elections until the last minute when they did PSAs, some paid advertisements, and they sent out one mailer to the voters explaining Ranked Choice Voting. So a lot of voters did not understand it,” Simmons said.

Simmons added that the BOE was against RCV and saw it as another burden on them. So once the voters decided by referendum that this is what they wanted, the BOE decided to sabotage it by not giving voter education. Several phone and email attempts to get some answers from the Board of Elections were unsuccessful.

Not only the BOE was against Ranked Choice Voting. Some opposition came from established politicians, especially mayoral candidate Eric Adams who wanted to keep the other type of voting they were more confident and comfortable with. Many members of the City Council’s Black, Latino and Asian Caucus including its former co-chair, Council Member I. Daneek Miller, unsuccessfully sued to delay its rollout. Calling the Ranked-Choice Voting roll out “sophisticated voter suppression,” Miller along with the caucus also sponsored a bill to repeal Ranked-Choice Voting from the City Charter and put it up to a new vote in November.

At the moment, the bill to repeal Ranked-Choice Voting is still pending.  The City Council Legislature says it was not voted on in the last session by the previous Council. That all unadopted legislation is filed at the end of a session and no similar legislation has been introduced in this session.

If you ask New Yorkers how Ranked-Choice Voting did in New York City, the answers will vary as it depends on who you ask. Its critics say the roll out was a failure while its backers say it was successful. Simmons who called it a huge success, said the majority of New Yorkers who are eligible to vote understand Ranked-Choice Voting because they already went through it and now understand that it is not rocket science. But there are also registered voters, some of whom I spoke to, who for various reasons did not vote so they are still uninformed on it.

Preliminary findings show that most New Yorkers took to the new voting system while its critics charged that poor voter education efforts essentially disenfranchised some voters.

What can be done going forward?

The Ranked-Choice Voting system is tough to grasp. It requires voters to do a lot more research. It has come to stay in New York City so voter education will be very crucial going forward. The Board Of Elections has to have a better handle on educating voters on the process “This is gonna be around. This is the way City Board and Council district elections are gonna be held. So there needs to be continuous voter education,” Simmons said.

Where else in the country is Ranked-Choice Voting used?

According to FairVote, a nonpartisan vote-reform advocacy group, as of April 2022, 55 cities, counties, and states are projected to use RCV for all voters in their next election. These jurisdictions are home to approximately 10 million voters, and include 2 states, 1 county, and 52 cities. Military and overseas voters cast RCV ballots in federal runoff elections in 6 states. 43 jurisdictions used RCV in their most recent elections. Only two states, Maine and Alaska have switched to it for both statewide and presidential elections, while a few more used it for 2020 presidential primaries.