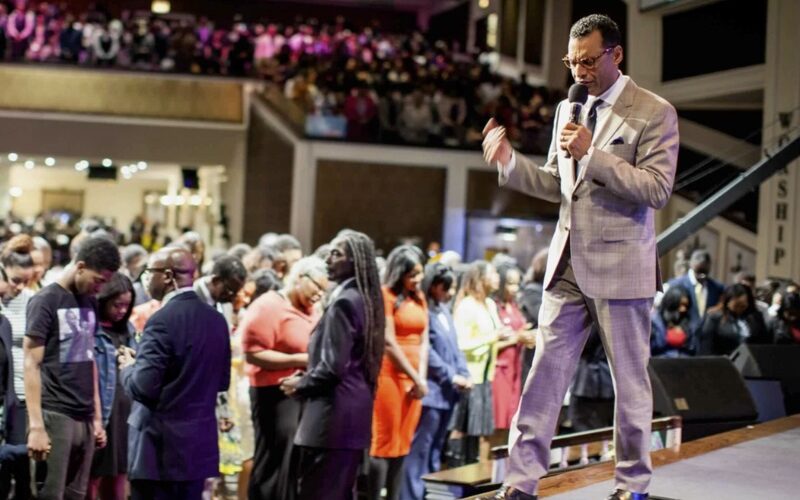 R. Bernard, pastor of the largest evangelical church in New York City, has been working on a plan for more than 10 years. Now the proposal to build a $1.2 billion urban village and revitalize the struggling neighborhood around his church is progressing through the city’s approval process and closer to reality. The Christian Cultural Center (CCC) hopes developers could break ground in Brooklyn next year.

“If I’ve got land, and it’s valuable, I’m going to leverage that land to partner in its future, not surrender it. … What can we do to better the quality of life?” Bernard told CT in early August as he paged through the proposals for the urban village. “My theology is summed up in two words: human flourishing. That’s the story from Genesis to Revelation.”

Bernard had just returned from an event with the New York governor in Buffalo and was planning a trip to participate in the coronation of the new Zulu king in South Africa.

But back in his office without any staff or audience around, he was diving into the minutiae of land development, showing slideshows of proposals for different heights of buildings and talking about the design for “porosity” of streets and ULURP, the city ’s land use process.

Subscribe to EastNewYork.com for community news and updates on politics, housing, development, entertianment and more.