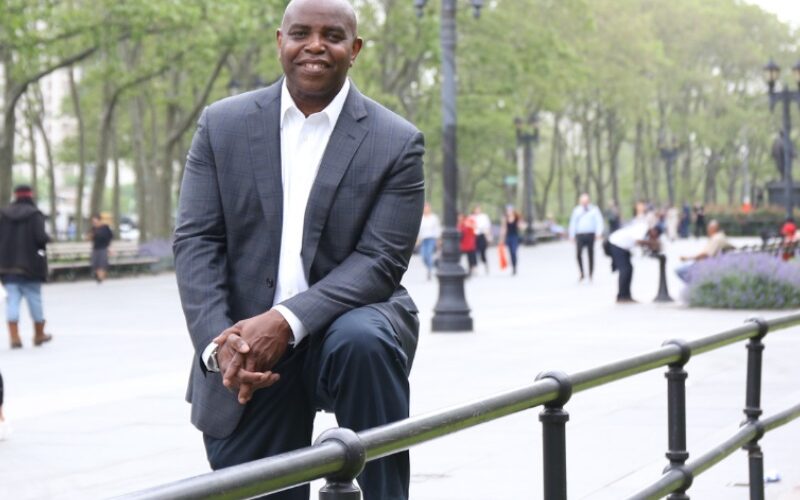 Politics in Brooklyn is as tough as you can get. Ask Ed King, a U.S. Veteran and attorney of 35 years.

King was just voted in as the Democratic nominee for Civil Court Judge in Brooklyn. His road to victory was hard fought but included strong support from community leaders like Assemblywoman Nikki Lucas, Councilwoman Darlene Mealy, attorney Gregorio Mayers and others. His supporters made phone calls to Brooklyn District Leaders to get them to understand that King was more than qualified to become judge. They also expressed their concern that not electing King would leave just one Black male judge in Brooklyn’s Civil Court. King’s victory will make him just one of two Black male judges on Brooklyn’s Civil Court. 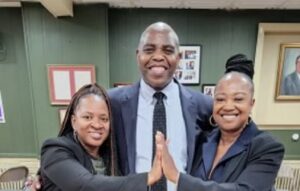 Ed King stated to EastNewYork.com, “This victory represents diversity and inclusion in the Judiciary of Kings County and New York City. There is a dearth of African American Males in the Judiciary in the State of New York as well. Diversity and Inclusion to me translates into fairness and respect for members of our united communities, no matter what race, gender, sexual orientation, or religion.”

When the final vote was tallied, King won the nomination by a narrow 23-19 margin. At the last-minute Charles and Inez Barron, District Leaders in the 60th AD, decided to vote for King, after initially supporting King’s contender, according to the Brooklyn Eagle. With Charles Barron being a former Black Panther, the choice should have been an easy one. Pressure from other District Leaders and an OpEd on EastNewYork.com seems to have helped the Barrons make the right choice. (Below is the full list of District Leaders and how they voted)

“Ed King is a perfect choice for Civil Court Judge. He has over 35 years of experience as an attorney. Much of his work has been within the community. This victory is important because it puts a Black male on the bench. We have a long way to go before the system is equitable and fair. This is a step in the right direction, but we must keep pushing for more Black judges, with emphasis on Black male judges. We cannot just talk about diversity because it’s the word of the day. We must be about diversity in our actions.” stated Assemblywoman Nikki Lucas.

Lucas added, “A disproportionate number of Black males find themselves in front of judges, and it is important that there are judges on the bench who look like them. The community understands that the judicial system has been unfair. This nomination gives the community a little confidence that there’s hope down the road for fairness.”

“I’m proud to have played a significant role in this historic election” said Gregorio Mayers, Esq. President, and Founder of GM Consulting, “It is important that all voices are represented in our judicial system.”

Some of the District Leaders who voted against Ed King are considered “Progressive,” which puts into question what it means to be “Progressive”. Over the past couple of years people have been talking more and more about Progressives being gentrifiers hiding behind the “Progressive” title, while not be making a true commitment to diversity.

Henry Butler, District Leader in Bed Stuy, stated, “to Chair a meeting where we were able to nominate a highly qualified Black man for a judicial seat was momentous to me. I was able to go home that evening and tell my two Black sons their father participated in a process that made the judicial system just a little more diverse. There are those who claim Black Lives Matter, but when they have a chance to prove it, they usually fail the test.”

This vote has put their progressiveness to the test. Those who voted against King were willing to be okay with having just one Black male judge in Brooklyn’s Civil Court, which is totally against the idea of diversity and being progressive. They can no longer hide behind the word “Progressive.”

See how they all voted. It is important to note who voted AGAINST Ed King.