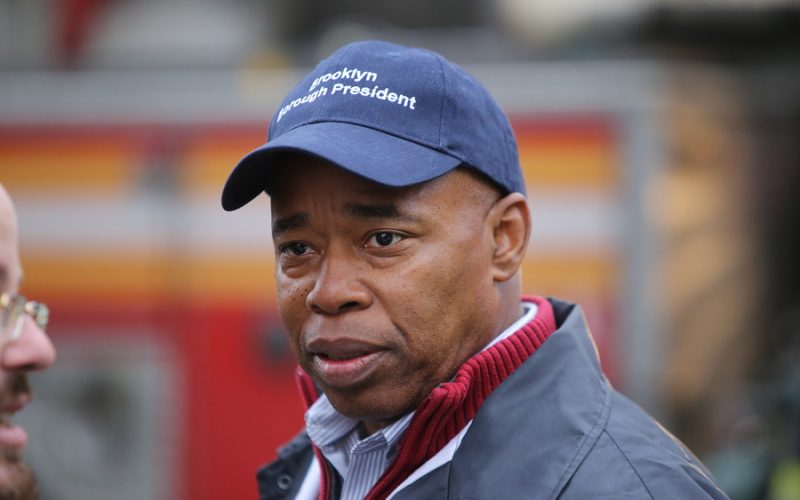 BROOKLYN, NY, February 16, 2017: Today, Brooklyn Borough President Eric L. Adams and Manhattan Borough President Gale A. Brewer urged New York State Governor Andrew M. Cuomo to reverse the more than $17 million in cuts and cost shifts outlined in his Fiscal Year 2017-2018 (FY17-18) Executive Budget proposal that would result in a loss of funding that supports more than one million seniors aged 60 years and older in New York City. In a letter sent to Governor Cuomo’s office yesterday — joining nearly 14,000 similar pleas mailed thus far from close to 100 senior centers across the five boroughs — Borough Presidents Adams and Brewer expressed their concern over the decision to require a set amount of federal Title XX funds to be used to support child care subsidy costs, instead of leaving the discretion to individual counties on how to use the funding; this funding has been used to support senior centers in New York City for decades.

“We understand the importance of supporting both seniors and children, and are disappointed that you would move to pit our youngest and oldest generations against one another,” wrote Borough Presidents Adams and Brewer. “When we were facing a $25 million loss in Title XX funds for senior centers in 2011, they were restored. We urge you to once again withdraw these cuts and cost shifts and to fully fund both child care and the quality of life resources for seniors, allowing them to age in place and in dignity.”

Borough Presidents Adams and Brewer noted that Governor Cuomo’s current budget proposal would force the closure of 65 senior centers in virtually every one of New York City’s Assembly and State Senate districts, representing almost 30 percent of all neighborhood senior centers; this would lead to approximately 6,000 seniors per day losing their local senior center as well as access to vital nutrition, socialization, and health promotion activities. Additionally, seniors in need would lose 1.5 million meals per year as well as 24,000 hours of case work assistance for benefits, housing, and other needs.