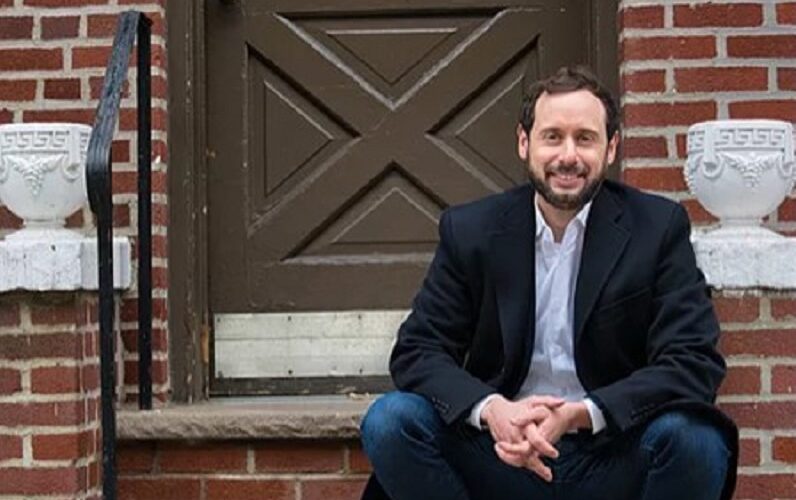 “Education” and “Opportunities” are two words that Leonardo Bullaro heard the most throughout his childhood in Astoria. They are also ones that deeply resonated with him.

A son of Sicilian immigrants who migrated to New York City in the 1950s, Bullaro grew up in Queens, looking to achieve what his father once did, a better future.

In 2021, Bullaro is moving closer to that goal by running for the New City Council’s 22nd District Seat. His commitment to education advocacy and community building propelling him to this moment.

Knowing What it Means to Be From “The Outside”

After studying at both New York University and Columbia University, Bullaro began his career in education. He co-founded the Urban Assembly Media High School in Manhattan and later worked for the New York City Department of Education. These positions led Bullaro to expand opportunities for at-risk children and mentor underserved students.

These experiences also solidified Bullaro’s commitment to helping the next generation—many of whom are from minority populations. “I am a lifelong New Yorker,” Bullaro said in an interview with NYC Politics. “But my family comes from the outside, so I know what that feeling means for someone who is part of a minority.”

Entering into the District 22 Race and Championing Affordable Housing

The 22nd District includes Astoria, East Elmhurst, Jackson Heights, Rikers-Island, and Woodside, in Queens. These are highly-populated areas of New York where middle-class families live and work. The 22nd District—much like other areas of New York— is experiencing a shortage of affordable housing. This is a problem Bullaro is looking to address in his campaign policies.

He has touched on why affordable housing needs to be of primary concern to New York City’s leaders and where the strategies need to start:

“To face it, I think that all options need to be on the table. We need to create more housing stock,” Bullaro said. “I am a Democrat, but I am not against development and growth: we need to bring the capital markets and the developers in because the city does not always have what it needs.”

There are some recent options on the table to create affordable housing:

On February 18, the Astoria City Council appeared supportive of a series of rules to support denser and more affordable housing. The council approved the use of accessory dwelling units for increased density after establishing new state-mandated development code amendments.

However, even amid innovative ideas like this one—Bullaro feels that accountability needs to be at the root of any efforts to fix this issue.

“We need to hold the developers accountable, though, and negotiate for the best of the community,” is the position of Bullaro. “We might accept denser affordable housing if this does mean that the resources are allocated for the good of the community.”

A solution he proposes is strategic rezoning. And to accomplish this, Bullaro thinks city leadership should work with nonprofit developers. The reason being is that “their goal is more likely to be based on supporting community development and less on profit. Unfortunately, this can’t always say that about for-profit developers.”

Nevertheless, along with accountability, any efforts to push forward affordable housing needs to come with a well-thought-out strategy that addresses short and long-term issues.

“We need a comprehensive plan,” urges Bullaro. “The representatives should listen to their residents and fight on an individual basis, yes, but imagine the power of a comprehensive strategy. With a stroke of a pen, you can impact hundreds of people on a greater level.”

A Comprehensive Approach to Police Reform

“Comprehensive” and “Community” are words that can be found throughout Bullaro’s policies—particularly regarding NYPD reform.

In lieu of defunding the police, Bullaro supports reallocating taxpayer dollars to keep NYPD officers from addressing non-criminal matters—especially those related to mental health and homelessness.

“We have been asking the police to be the first responders on issues of mental health, drug cases, homelessness,” he said. “Officers are not experts and are not trained for that.”

On the issue of NYPD reform, Bullaro supports better accountability and transparency. “I am not a fan of the police policing police. Documents have not to be private. Officers who have made a mistake have to pay for it.”

Bullaro expressed that his first goal as a councilman would be to “work to repair the breach of trust between officers and residents,”, an attempt to create a new opportunity for community policing that former Mayor David Dinkins referenced in the 1990s.

“There are local organizations on the ground listening to the need of the people comprehensively,” Bullaro said. “In the district, I would fight for supporting a new partnership between those and the officers.”

For more insight on Bullaro’s policies and to stay up-to-date on his campaign happenings, visit votebullaro.com.

Next PostPower to The People? How Charles and Inez Barron’s Seat Switching is a Dangerous Political Legacy Game for the Community of East New York