Home Brooklyn Power to The People? How Charles and Inez Barron’s Seat Switching is a Dangerous Political Legacy Game for the Community of East New York
BrooklynFeaturesNYC Voter News

Power to The People? How Charles and Inez Barron’s Seat Switching is a Dangerous Political Legacy Game for the Community of East New York 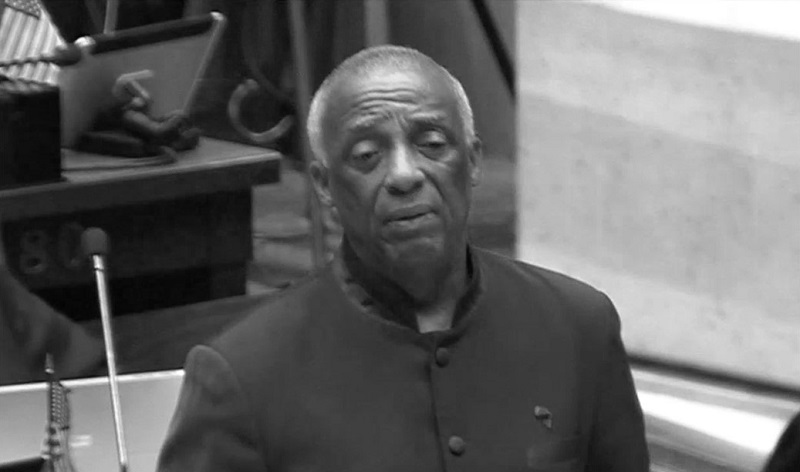 Unfortunately, this has not been the story for the people of East New York. Both Charles and Inez Barron have used seat switching to gain extended control of policies impacting the neighborhoods that make up the East New York community. And the pair seem prepared to continue this trend of legacy politics in the upcoming 2021 political season. Why is this a concern? Read on for their troubled history and the negative impact this could have on the community moving forward.

In 2001, the people of East New York elected former Black Panther member Charles Barron to the New York City Council. He served two full terms totaling eight years, and a term limit extension in 2009 saw him stay in the seat for an additional four years. Once he termed out of the role, Barron was then elected to the New York State Assembly. At the outset, this seems normal. Moving from one political position to the next is standard in politics, but the story doesn’t end there.

His wife, Inez Barron, was elected to the New York Assembly in 2008, and once she termed out, she ran for his former seat in City Council and won. Again, this might not seem like an abnormal event, as there are quite a few political husband and wife teams. Nevertheless, this strategy seems to take a more problematic turn as the duo seems to be planning to do the same thing for the upcoming political season. However, the more significant issue is that these two have not seemed to change the East New York community for the better in their collective 30-year history in politics.

A Trend of Divisiveness

Community leaders and politicians may not agree on everything, but the goal is to have the people’s best interests at heart. One of the best ways to do this is through unity. Unfortunately, throughout the years, Charles and Inez Barron have seemed to embrace an abrasiveness and divisiveness when it comes to supporting or joining together with other Black leaders. Recently, Charles Barron called Tish James, the first black person ever to be elected as New York’s Attorney General, a “puppet.”

Nikki Lucas, a candidate running for Inez Barron’s 42nd City Council District seat, interpreted this swipe as an “insult to all black women.” This doesn’t seem to be an isolated incident, as Charles has been cited as disrespecting former President Barack Obama and Congressmen Hakeem Jeffries. While there is nothing wrong with not seeing eye-to-eye and even offering a different viewpoint, these events reveal an unwillingness of Charles Barron to unite with other influential Black politicians to help construct and pass legislation to support the people of East New York.

East New York needs partnerships to pass legislation at a time when the neighborhood is number one in the city when it comes to homelessness and 40% of East New York residents are paying 50% of their salary to rent, which is unsustainable. At these rates homelessness in the area will increase.

It’s hard to live in any lower-income neighborhood that is adjacent to or within a major city without being faced with the prospect of gentrification. According to the National Community Reinvestment Coalition, New York had one of the highest rates of gentrification and displaced black Americans between 2000 and 2013. Higher rents and property taxes—the hallmarks of gentrification—continue to price many Black and Latino people out of their neighborhoods.

In February of last year, it was revealed that the New York City Housing Authority (NYCHA) housing in the East New York City area was sold to private developers for $1.5 billion. Charles and Inez Barron were suspected to have known about this development and failed to inform their constituents before the deal moved forward. This move could send apartment rents and property taxes to levels challenging for current residents to pay. In a bid to cover their bases, the Barrons chose to hold an emergency town hall after the deal was in its final stages (and an Op-Ed criticizing their approach to the issue emerged). Additionally, much of the housing has been mismanaged and received poor maintenance.

It seems that this husband and wife team has dropped the ball in protecting their current residents from facing the detrimental effects of gentrification.

While both seem to have a community activism background, the Barron’s actions have not promoted community progress, transparency, technology, arts or business ownership. In three of the most pivotal ways: questionable political tactics, promoting black political unity, and avoiding black and Latino housing displacement, the Barrons have not developed significant positive changes. They have even failed to cultivate and put forth new Black political talent to take on positions they have held.

It’s time for some new political ideas, ideals, and identities, and an end to the seat switching tactics of Charles and Inez Barron. The Barron’s seem to be stuck in the old days and unfortunately East New York has been stuck with them. No matter how they try to spin it the community loses. Charles is running for City Council, almost under the radar, banking on people just selecting the Barron name once again. Many people do not realize that he is already the Assemblyman. This is real trickery.